Stud finder apps allow you to find the tons of different things made of metals. Whether you are going to hang a picture, mounting a TV or renovating the part of your home you will eventually need a stud finder app. Although there are many apps for detecting studs but finding the best and the app that suits you to your need, is really a difficult task.

Stud Finder Apps to Turn Your Android to Metal Detector

So, in this article we’ve done this difficult work for you, we find the some best of the best stud finder apps that you can use both on Android and iOS( iPhone, iPad).

Please one thing bear in your mind, the smartphones are also not designed to detect studs in your wall. There is a chance that It may work, but it is not the right tool for the job. Also such stud finder apps for android have one drawback that the electronic devices can do harm for their work. So, please make sure smartphone has a sensor before using these apps.

Here we sum up best Stud Finder Apps. So let’s have a look at these stud finder apps .

Metal Detector by Smart Tools. Co is a stud finder that works like a metal detector, the app measures magnetic field through an embedded magnetic sensor in your device. When any metal like iron or steel is near, its magnetic field level will automatically increase.

The app is very simple to use. Just open it and move around your device where you want to find metal things and that’s it, it automatically alarms for you when it find some metal thing. By user friendliness, this is much better than other stud finder apps.

The stud finder app allows you to find the metallic objects like electrical wires in the wire or iron pipes in the ground, keys or other metal objects. But the accuracy of this app, depends entirely on the magnetic sensor or magnetometer that is embedded in your device.

The App can also be used for ghost hunting, and many ghost hunter already try it and have successful results.

The Magnetic Detector App features alarm level, beep sound, you can turn sound effect on or off while the material design is also really good. It is really a cool app to find the metal like objects.

Please note that, the metal detector app only find the ferrous metals and the metal that have magnetic fields. 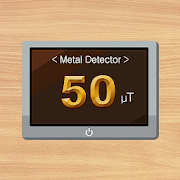 Stud Detector by Chatterbox Software is an another stud finder that allows you to find the studs, screws and nails in the walls. But for this app to work properly your device should have a good working magnetic sensor.

When the metallic objects are near it, its magnetic field will go up and down. For the app to be working properly you have to move the device (With an app installed and opened on it) up and down as well as back and forth. The Stud Detector app features the functionality to alert you, if your device does not have a magnetic sensor or if the magnetic sensor is not working properly.

The app works very great. It fully supports the tablets and phones. But such kind of stud finder apps are not useful to find the wooden studs in your walls. 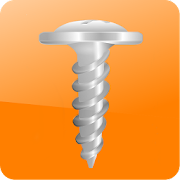 This Stud detector is pretty good to find the metal like objects. It is the best stud detector in the market. It uses your device compass or magnetometer to accurately target the studs of the wall by pinpointing metal joists, nails, screws, sheet metal screws or any other object.

The stud finder app is simple, easy to use and initiative stud detector for your smartphone. This is wall stud finder that allows you to hang pictures on the wall as well as anything else that requires the strong support.

This stud finder is edge to edge stud finder that work very good on stud and metal finder.

However, one of the drawback of this app is that it needs to quickly detect wooden studs hidden under dry wall, plastic board or any other stuff in order to safely and securely hand a picture, mirror, shelf or to soundly mount a TV.

You can also adjust the sensitivity and vibration of the sound effects by going into the app settings. 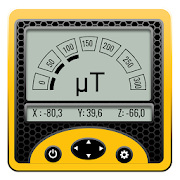 Metal Detector HD is an easy to use stud finder that enables you to detect the metallic objects. Same as other app it also uses the built in magnetic field sensor or magnetometer of your device to measure the electromagnetic field value around your surroundings.

This is very good app to find an underlay wires in the wall and metallic objects underground or you can simply prank your friends through this stud finder app app that the phone is detecting the presence of a ghost.

The accuracy of this app can be disturbed by electrical devices such as TV or PC. So it is better recommended not to use this app around such devices. Overall the working the sensitivity of this app to detect metallic objects is very good.

Metal Sniffer Metal Detector is very good in detecting the metals and magnets like objects. it detects the nearby electromagnetic field through utilizing the built in magnetometer or compass of your phone and can locate nearby metals and objects.

You can detect metal up to 30 cm away while the magnets from very far away. The app will vibrate your phone when it will be near to some metal like objects, while the vibration can also be set at high levels.

As compared to other apps, some of the unique features of this stud finder app are fun metal detector, displays xyz components of magnetic field, works around walls, can detect hidden electrical wires, vibration alarm, historical chart, Russian Spanish and dutch translations and it is free to use, the running adds can be disabled through the settings. 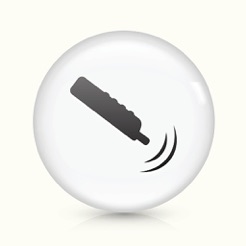 Metal Detector by Gamma play is an another of the best metal detector app that allows you to easily detect the metallic objects. The app turns your android device into a real metal detector. The app features easy to use interface and convenient settings.

This app works best in the area up to 15cm. However, the working of this app is affected by the electromagnetic waves. If the app is not working on your device, then there is a problem of magnetic sensor in your device, may be your device does not have one. 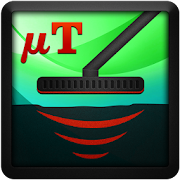 Metal Detector by Netigen Utilities is an app that is able to detect the metallic objects nearby by measuring the magnetic field. The magnetic field strength of all the metals can be measured through this app. It is real metal detecting app that works like a real mortar detector.

As compared to other metal detectors this detector has more range. It is even able to detect the metallic objects hidden in the trees. The sensitivity of this app is great behind the hidden walls, besides this it is also able to locate the hidden metal objects.

The working of this app is very awesome, the interface is user friendly and it is easy to operate. The app will only detect the ferrous materials like metals, studs, nails, screws, keys, electrical wires but it will not detect the non-ferrous materials. The app is easy to use and perfect metal detecting app. 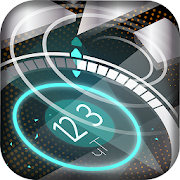 Metal Detector is an amazing app that detects the hidden metallic objects. This app detects the presence of metals by detecting the magnetic field around.

The app is very easy to use and initiative, just open it and walk around with your phone. If the magnetic field value fluctuates, then there is the possibility of the presence of the metal in the area.

However, such apps will not work on the phones, that don’t have the magnetic sensor. It is an extremely useful application for android phone to identify the metallic objects in your area.

It works as its name, yeah its actually a works like a compass and help you in detecting metals things. The app will turn your phone into a real metal detector. The supports the GPS and and Google Map that help you to find the right place where the metal exists.

Before using this remember one thing, like other apps this one also require a magnetic sensor in your phone to work.

The app is very simple to use and features a friendly user interface, however the accuracy of this app depends on the magnetic sensor in your device. 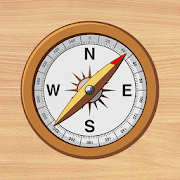