Video games always appear to be very interesting and mesmerizing to younger age. But it double your interest in the game when you play video game by selecting your favorite game character.

If you are huge fan and also a good player of FIFA 19 game then you want to play in ground with your favorite football players in the team. And FIFA Ultimate Team 19 Draft (‘FUT 19 Draft’) allow to do exactly same job if you are on PC and gaming console. You can customize you FIFA 19 team and there is no problem to put Messi & Ronaldo in same team.

PacyBits developers consider this problems and developed FUT 19 Draft simulator for Android & iOS users that enable them to modify FIFA 19 team according to their choice on smartphones.


PacyBits FUT 19 Draft is basically an app which made possible to customize team of FIFA 19 soccer game. The team which can play soccer utilizing its most perfect skills in the game is known as FUT. You can organize your FIFA 19 team with players of your choice.

For this you just need to select the available position in the game and tap on it. Select the players who are available and by repeating the same process, you can make team of your choice after adding 11 players.

The selection of players is all yours. You can either add top players of the same country or select best performing players all around the world. The game becomes more interesting and leads you to the winning point if you have made a right choice during this selection.

The simulator for FIFA 19 team provide you unlimited draft and packs. There you can complete your draft building challenges and win existing prizes.

You can also trade cards with other players if are in trade mode of the game.

The GamePlay is pretty similar to original Football game and all the rules are the same. You need to collect cards and give them to the players for their better playing strategy. During the game play, you can take part in many challenges and tasks and get rewards.

After being user of this gaming app, you will automatically get alerts about updates related to the game.

Following are some of the main features of FUT 19 draft android. These features are quite different and unique as compared to some classic managers of soccer games.

In order to customize your team in FIFA 19 on Android download FUT 19 Draft apk file and install it along with your game. 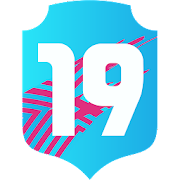 And if you are on iphone or ipad then download FUT 19 Draft ipa file. 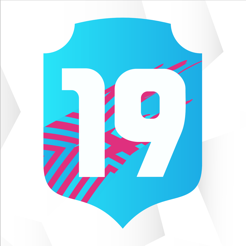